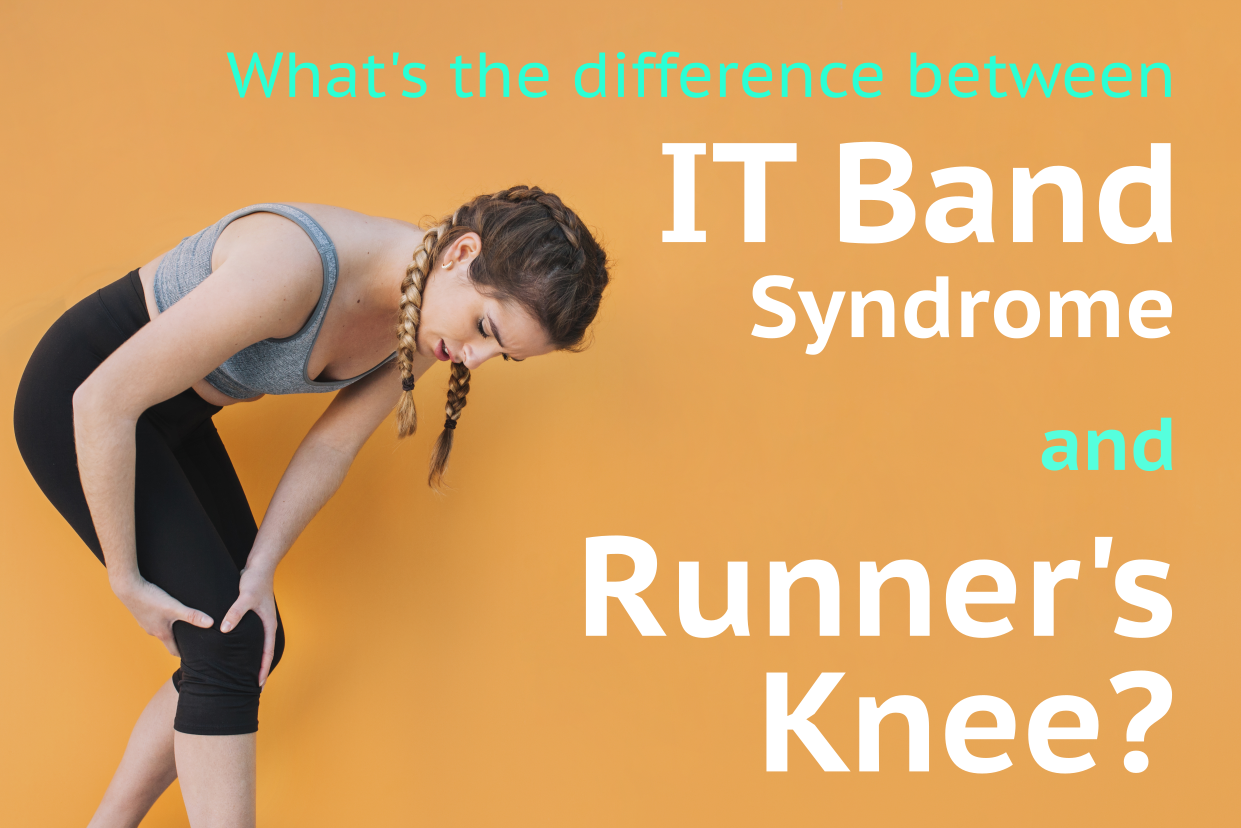 The two most common injuries that affect runners are IT Band Syndrome and Runner’s Knee (or Patellofemoral Pain). While they’re similar, they are not the same and it’s crucial that you get the right diagnosis before starting a treatment plan.

So, here’s how to tell whether you have IT Band Syndrome or Runner’s Knee.

Where Is The Pain?

The easiest way to distinguish between  IT Band Syndrome and Runner’s Knee is by the location of the pain.

Pain at the front of the knee, around or behind the kneecap is typical of Runner’s Knee (patellofemoral pain).

IT Band Syndrome pain, on the other hand, is more lateral, along the outside of the knee and partially up the thigh.

Both IT Band Syndrome and Runner’s Knee are localized to a relatively small area. It’s uncommon for either condition to refer pain elsewhere, such as further down the leg toward the foot, or up towards the groin.

What Causes IT Band Syndrome and Runner’s Knee?

The cause of both IT Band Syndrome and Runner’s Knee is overuse – doing too much, too soon, too frequently.

While running isn’t inherently bad for you, it is demanding on your joints, tendons, and ligaments. If your body isn’t strong or conditioned enough to handle the physical stress that comes with long-distance running, you will likely develop an injury.

Knees are a common area of injury for runners because they absorb the greatest amount of force when landing. Long-distance running is also incredibly repetitive so those landing forces go through the knees over and over again with each step. Eventually, if the knees aren’t used to dealing with that amount of repetitive stress, they will develop areas of inflammation – irritated tissues that can no longer handle the strain. Depending on where the greatest amount of stress is or where the weakest points are (either the front or the side of the knee), the tissues under that area will get injured, causing either IT Band Syndrome or Runner’s Knee.

Other than a general lack of conditioning, or preparedness, for that specific amount of long-distance running, muscle weakness is also a significant cause of both IT Band Syndrome and Runner’s Knee.

Weakness around the hips, particularly in the glute medius, glute minimus and TFL muscles are typical in runners with IT Band Syndrome and Runner’s Knee. These muscle weaknesses cause runners to land heavier with less stability, inevitably resulting in an increase in load (stress) throughout the knee joint. 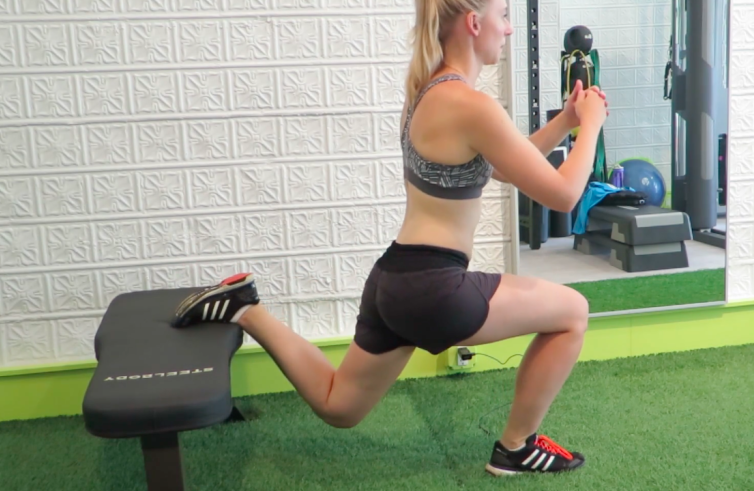 What To Do Next

If you’re having trouble identifying and managing your injury, a Physiotherapist should be your first stop. They will perform a thorough assessment, look at your movement, test your muscles and help you create a plan to fix the injury.

Some people will need to take a complete break from running, while others will be able to just reduce the number of miles they run. This depends on the severity of the injury and for how long it’s been a problem. The purpose of rest (or activity reduction) is to stop aggravating the injured area and allow the inflammation to settle down.

However, the most important thing to address is the root cause of the injury – specifically muscle weaknesses and body conditioning. Anyone dealing with IT Band Syndrome or Runner’s Knee should complete a comprehensive exercise rehabilitation program before resuming an intense running routine.

RELATED: 8-week rehab programs – Physio exercises you can do at home